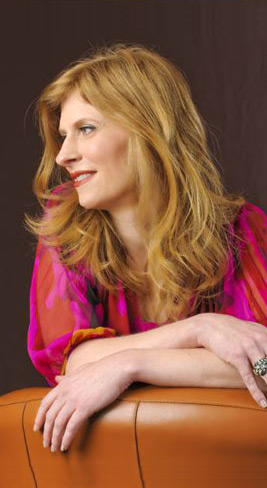 Soprano, Christa Pfeiffer has been enchanting Bay Area audiences with her pure effortless singing for over a decade.

In 2010 she performed Barber’s Knoxville: Summer of 1915 and Mahler’s Symphony No. 4 with the American Philharmonic Sonoma County. Other engagements include Eden/Eden by Steve Reich with the San Francisco Ballet, Gubaidulina’s Symphony for Two Orchestras with the Berkeley Symphony under Kent Nagano, and Ravel’s Chansons Madécasses and Shéhérezade. In June of 2013 she performed the orchestrated version of Britten's Rejoice in the Lamb.

Christa’s dedication to performance practice of the Baroque Period was inspired by her formative work at Eastman School of Music with Paul O’Dette, Nigel Rogers, Julianne Baird and Arthur Haas.

She has performed as a soloist with American Bach Soloists and works regularly with the Albany Consort having sung nearly all of Bach’s solo soprano cantatas as well as cantatas of Telemann, Handel, Scarlatti and Strozzi. She has sung the role of Clori in Handel’s Clori, Tirsi e Fileno numerous times and sang the title role in Handel’s Rodelinda in 2014 with the Handel Opera Project. In the 2012/2013 season she sang Monteverdi’s Vespers of 1610, Handel’s Judas Maccabaeus and performed Cantata #140 with Blue Hill Bach in Blue Hill, Maine.  Other recent engagements include Handel's Dixit Dominus  and modern day premier of Durante's Stabat Mater.  In June of 2015 she will perform Dido in Purcell's Dido and Æneas with Marin Baroque.

Christa grew up in Oakland and has memories of singing and playing her flute in church as long as she can remember – her dad was a Lutheran minister and her mother sang soprano in the choir. She received a bachelor’s degree in vocal performance from Eastman School of Music. She also attended the Britten Pears Institute for Advances Musical Studies, SongFest, Bay Area Summer Opera Theater Institute, San Francisco Early Music Society Baroque Workshop and L’Accademia d’Amore in Seattle, WA.

Her CD entitled “Hush: Lullabies from around the World” is a favorite among many new parents and she looks forward to releasing a CD of love songs in the near future. Christa recently moved from Berkeley to San Rafael with her designer builder fiancé.  She maintains a busy voice studio at her home as well as at the San Francisco Community Music Center.